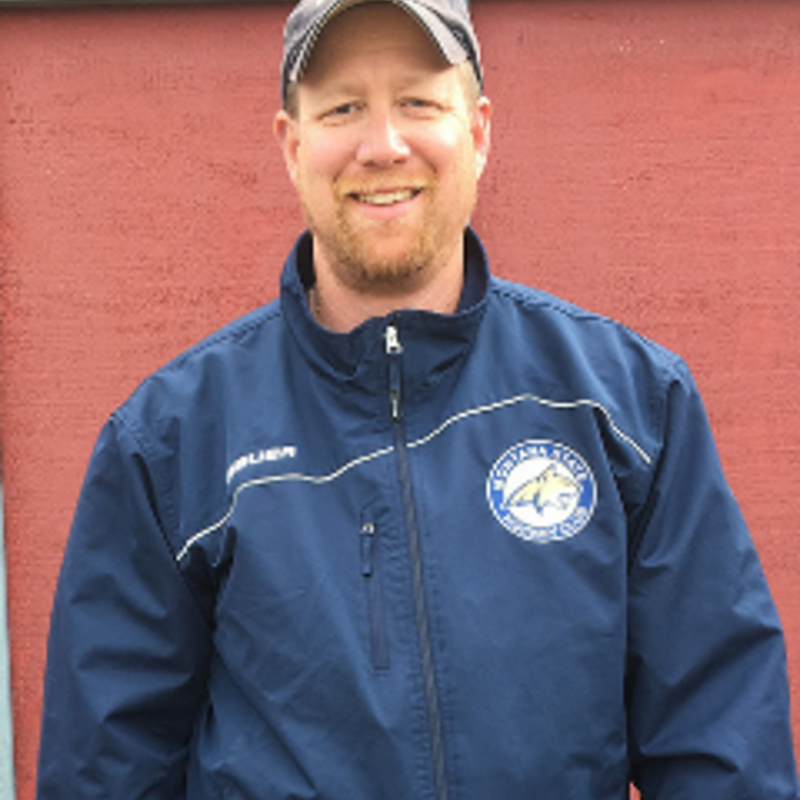 Dave graduated from Phillips Exeter Academy in 1993 and went on to Hamilton College where he earned his Bachelor’s Degree in Psychology with a minor in Theater.

Dave was the Head Coach of the Mid-State Mustangs 18U Tier II team that won back to back USA Hockey National Championships in 2014 and 2015. He is now the head coach of the Montana State University hockey team where he led the team to Nationals for the first time in history.

Dave has three children: Sam, Charlie, and Natalie and a wife: Jill. During the off-season, Dave enjoys playing golf.