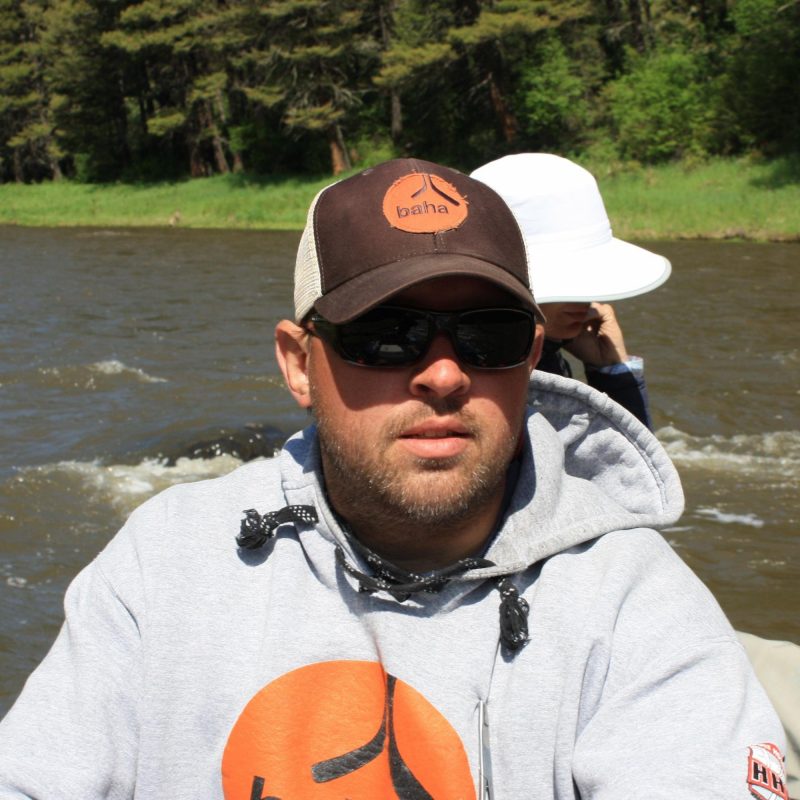 Tyler joined the board in 2010 after playing adult league with BAHA the 5 years prior. He has been playing in the adult hockey program since 2005 and is captain of the defending (on-ice) 2018/19 Rec League Champion Boilermakers, one of the original BAHA adult league teams from back in the Bogert Pavilion days. There is nothing he enjoys more than skating and socializing with his teammates.

An MSU Bozeman graduate, Tyler has run a local software development business since 2007, SplashLab, providing web development, marketing, and consulting services nationally. He is married and has three children that are just getting into skates but already love to hit each other with hockey sticks and spend time in the penalty box frequently. The family enjoys the outdoors and can be found camping, fishing, or skiing when they are not at the rink.

Tyler assumed the presidency of the board in 2012 and has been in that position since. In that time the organization has seen a great deal of change, going from one employee (Julie) to whole staff, one open-air rink to two enclosed rinks, quadrupling our membership, and merging with our longtime fundraising partner, GIF, to form what is now Gallatin Ice. He looks forward to what the future holds for the organization and is immensely appreciative of the amazing team we have built, accrediting all of our success to them.